Named by my Husband after the Two Faced vintage DC Comic Book character Mr Dent, I was inspired to make Harvey by a challenge I was asked to take part in on behalf of my friend Louise for Alter It Monthly - http://alteritmonthly.blogspot.com/

It's no secret to a lot of people that know Louise (known to some affectionately as Zuzu) that she finds dolls Creepy!
So when the July challenge for Alter It Monthly turned out to be Dolls Heads she very kindly thought of me, and asked me to create something on her behalf.

It took me a while to develop a solid idea for Harvey.
I wanted to stay true to my own style. But at the same time knew I needed something a little different. Something that combined one of the lovely, but sadly unwanted, little plastic baby dolls you can find in every charity shop across the UK, with my own abstract version of an art doll.

I started with the head of one of these poor plastic dolls that I'd already started to alter with paint and paper mache for a small assemblage project. I had removed the dolls eyes, cut her hair and covered her crown with layers of paper to get a more even moulded look, and painted it in layers of scrubbed on acrylic paint so that it looked a little old and worn out.

To get the space to sculpt one of my own dolls heads over half of the head I had to cut away a big chunk of the plastic head to open up the hollow inside which I stuffed with foil to give me a firm base to sculpt on, after gluing an old button from my big tin behind the plastic sides empty eye socket.

I wanted to try and show the differences between a mass produced plastic toy baby doll and an individual, one of a kind Art Doll.

I made the sculpted side as I would one of my original dolls. Painting it a very pale pinky peach colour, and adding a big button eye. Sculpting in the narrow cheeks, small but full lips, an almost blank expression, and proportions that I know are totally unrealistic. It's just the way I like to make them. What I see in my imagination, and my own way of letting those that see them decide for themselves the character that they see.
A lot of people think only I could love the dolls I make. But I'm lucky that a lot of people have shown me that they love them too. I'm very fortunate, as we all are, that with today's social media complete strangers can get in touch through Facebook, Twitter, Blogs and more and let you know what they think. And I'm always so grateful to all those that contact me to express an interest in my dolls. What could be a better ego boost to help you push through artistic block than a simple kind message from someone you've never met who only wants to tell you that they've seen something you've made, and that they like it :)

I'm sure I'm not the only doll artists that has to explain to people that I don't make playthings, that my dolls are not meant for children, and that what I make isn't something cute and fluffy (apart from the hair of course). And I often find myself having to describe my own work in a way that I don't really like. The way that those that don't appreciate them do.
After trying to explain that art dolls are sculptural, individual, imaginative figures that come in every size, shape, medium and style that is possible. That use techniques that artists have developed over years of study. That we make them to express ourselves and a very personal aesthetic vision, trying to express our own views of the world we live in (Can you guess I was an art student :) ). I end up resorting to words like Creepy and Different to describe work that I love and have put a lot into. Bland words that don't mean a lot.

Yes, I do know my dolls are creepy. And yes, I hope that they are different. But I know that this isn't what I want to say. Anyway, I'm determined not to do it anymore. And that's final!

I came across a lot of challenges making Harvey. The line between the two halves was a nightmare to get straight and sharp, and still isn't as good as I'd like it to be. And I found that I can use normal hairspray on marabou feathers if done with a very light touch to keep it where I want it, as at first it kept flopping over and spoiling the half / half effect.

Once Harvey was finished, with her hair all done on one side and tiny watch cogs for jewellery and hair decoration on the other, I used an awl to push a hole into the foil through the bottom neck opening and pushed a stand cut from a found jewellery display into the bottom, gluing it in place.

She still needed something more to join the two halves together, so I gathered a piece of lace into a stiff collar and tied it tightly under her chin, along with a narrow dark red ribbon . I really like the effect, and how it somehow makes Harvey look like an old vintage clown or a sad jester.

For once I have no idea who Harvey is. She's a complete mystery, even to me. Who she is and where she's been is a secret only she knows, and she's certainly not telling.
I normally know who my dolls are, if that makes any sense. As I'm making them they normally tell me things and impose their own ideas into what they will and will not wear, the colours they want, and the fabrics they prefer. And there have been a few times when I've had to re-start a whole outfit as the doll just refuses to accept what I want. But Harvey just... Happened!

I have Harvey sat just in front of me as I'm typing, and I can truly say I'm happy with how she came out, even if I have no idea who she is. And I really hope you like her too :)


I've not added many new posts lately as life has just seemed to get in the way, and I've been finding it hard to get back on track with a lot of things. but there has been one thing I've wanted to share, but haven't been able to - The Neath Bathroom Baby Doll!

I've tried loads of times to get a photo of this doll, but have failed miserably. It's a normal, old plastic baby doll in a shabby dress that stands in the bathroom window of a house I pass every day on my way home. This house stands right next to the fly-over bridge into town, and as you drive past your level with this frosted old leaf pattern window.
I know it doesn't sound too amazing, but the owner of this house has given me so much pleasure. And every time I pass I have to look at this wonderfully distorted old doll just to see - To see if she's Moved!

I've no idea who you are, the owner of this house with the Bathroom Baby Doll. But Thank you! Thank you for all the smiles and happiness you've given to me. No matter what kind of day I've had, just by repositioning this doll in your window every few days, you've made me happy. And after the past few months that have had such sadness in them for me this simple pleasure has meant a lot to me. Daft as that must sound.

I'm determined to get a photo of this doll to share here on my blog and on my Facebook page. Sometimes she's sitting looking out at the cars passing. And other times she's dancing with one leg in the air waving her arms. I've seen her do hand-stands, pose with her arms raised like a ballerina, lay on her back with her legs in the air, do press-ups, and simply stand waving at us as we pass. Along with countless other poses. If she's still there when Halloween comes around I'm going to make her a pumpkin of her very own and leave it on the doorstep of the house for the owners to find. Just to let them know they've made me smile. I hope they don't think I'm nuts!
Posted by Natasha Morgan at 04:09

Natasha Morgan
Wales, United Kingdom
I’m an artist that specialised in unique handcrafted Art Dolls – Each made to tell a story that may not have otherwise been told. 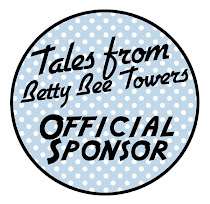